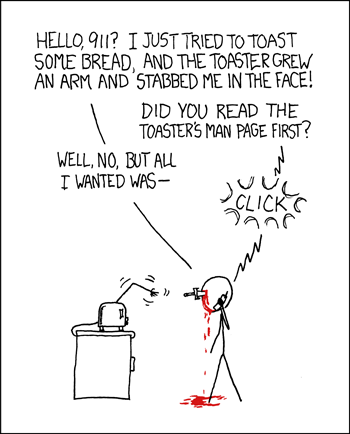 What is API Blueprint?

API blueprint is a language based on Markdown which allows you to write API documents clearly, moreover, it has great tools which takes in your API blueprint document and convert it into beautiful HTML API documentation and much more.

Here are some tools which I find useful, that you can use with your API documentation written using API Blueprint. These tools make the API blueprint documents very powerful. There are tools generate beautify HTML documentation to even create mock API servers.

There is a web app called as Apiary, which allows you to write in API blueprint format, and it generates beautiful online documentation, it also provides mock API server which will emulate your API based on the documentation, which is pretty useful if you don’t have the API server ready yet and want to use the APIs for prototype the applications.
It will allow you to quickly build and test the API, without writing a single line of code.

There is an awesome tool called Aligo which will allow creating beautiful HTML documentation from the API blueprint document.

A utility called as Blueman allows you to convert the API blueprint domination into POSTMAN collection, which you can import into your POSTMAN REST Client.

API Blueprint Mock Server create a local API mock server using the API blueprint which you have provided, which you can use to prototype REST APIs.

Node.js is becoming very popular platform for creating command line utilities, so I am writing this blog post to help you get started.

To create an executable script you will have to add shebang at the top of the script. E.g:

Assuming you are on a UNIX like system, you will also have to change the permission of the script and make it executable.

and now you can execute the script:

You would also want use command line tool to accept arguments, which you can do using process.argv. This is an array which will contain all the supplied command line arguments.

The above script will print out all the supplied arguments, when executed it will generate the following out:

To remove ‘node’ and path from your script can slice out those arguments:

There several libraries out there that will make the task of accepting arguments easier, but if you are doing something trivial, I would suggest sticking to the default method.
One notable example of such library is cli.

Colors on the command line

If you want to display messages with different colours, there is a nice library called as colors to do it effortlessly.
Install it via nom:

And then include it in your script:

If you want to preform some operation on exit, you can listen to the exit event. Once the exit event is called there is no way to prevent the exiting of the event loop, hence you must only perform synchronous operations in this handler.

process.uptime()
Returns the number of seconds the script has been running

process.pid
The PID of the process

If you have any questions or suggestions feel free to comment.